UPDATE: Shakila has been in the orphanage just about a year now. She has thrived in the care of our partners at Seed's. She loves school and having a ton of sisters to do life with. We've had the chance to love on her in person, she's one of those that stays really close when a team is in Kitale - soaking up every hug and enjoying every activity we do. Recently her sponsor that helped us rescue her and bring her to the orphanage has been unable to continue their support.  So we need a new sponsor that would love to come along side this little gem and connect with her... would you join her journey by being her new sponsor? We would love to help make that connection. Simply click the sponsor button and follow the instructions. AND Thank you!

ORIGINAL STORY FROM JUNE OF 2017:  Shakila, what a treasure was found in her through a rather difficult and strange situation. Her story connects back to Sharleen, one of our girls that has been in the orphanage since September of 2013.  Shakila and Lavenda are Sharleen's younger sisters, but when Sharleen was sponsored they were not staying at their grandmother's home with Sharleen. In January of 2017,

Sharleen's uncle came to Seed's asking for custody. Our partners required that he seek custody through legal channels with the local Children's Office. After several months and much vetting, custody of Sharleen was given to her uncle and Sharleen left the Seed's Children's home. Our partners at Seed's as well as the staff here at Mighty Acorn were very skeptical of this situation and determined it would be something we would want to keep an eye on. Why did Sharleen's uncle want custody of her and not her brother Allan? We were not comfortable with the situation but had not legal ground to change anything.

Then in June of 2017, about 5 months after Sharleen left Seed's, Hellen and Richard paid an unannounced visit to the uncle, Sharleen was not there - she had been given to her father. We had been told her father was diseased - he actually had been missing for several years. The situation Sharleen was found in was horrible - and with her were her two younger sister and a little cousin.

Shakila is 9 years old and an absolute gem. Because the sistuation was so horrible Hellen decided to bring all the girls with her as she got the Children's Office involved. Legal guardianship has been given to Seed's so the girls were all taken there for their safety and well being.  So not only did we get Sharleen back but 3 more hidden treasures! Shakila is so thrilled to be back with her sister and brought to a safe place where food, shelter and clothing are not going to be her biggest concern. She's already going to school and loving it... Now we need to find her a sponsor. Someone to come alongside her and let her know she is loved and cherished. Someone to send her letters and family pictures, words of encouragement and a sense of value.

Are you that person - can your family help keep her at Seed's? 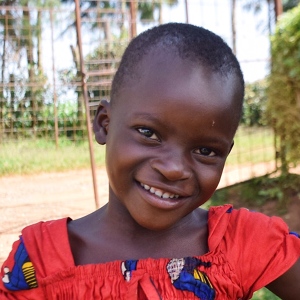 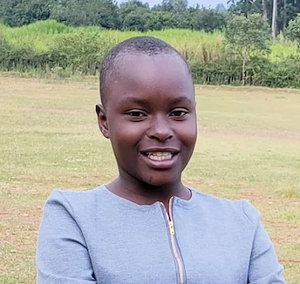