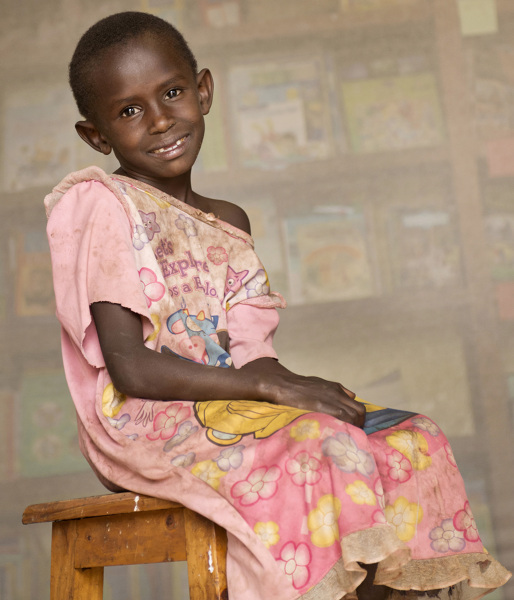 Sofi is six years old, in first grade, and is the younger sister of Maureen. Similar to Maureen's story, Sofi has no living parents, just a step-mom who tries to care for them and provide food. She has survived, and wants to live in the orphanage with her sister Maureen. Sofi came to her interview wearing just a Dora the Explorer nightgown that reeked of urine. When Sofi was first found after her parents had died of HIV, she was very small and it was unclear as to whether or not she would survive.