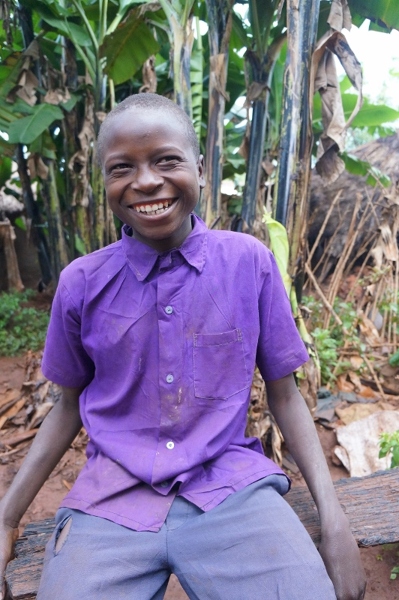 UPDATE:  Now 18 - Samuel is doing amazingly well. So much healing has come to he and his family. He is so grateful for the opportunity to be at Seed's, go to school, play soccer with his "brothers" and not be concerned about how he's going to make it through the next day. His mom has received great counseling and has recovered too. We love that this whole family has been saved and transformed. We are currently looking for a new sponsor for Samuel. Life changes with his first sponsor have caused them to not be able to continue. We know there is someone else that will come along side this guy and help him finish his time at Seed's strong. Now in the 11th grade he's getting close. Are you that person? Would you become his sponsor, send him a letter or two and affirm him? He will be so grateful - that smile of his is always there!

At 12 Samuel is the oldest of 6 children in his family. Life for him had been ok, his dad worked 2 jobs to support his mom and siblings. They had enough money to buy a small piece of land and build a home. It was a 500 sq ft piece of land and a one room home with a thatched roof but it was all theirs.

Then tragedy struck their family, his father was murdered in November of 2013 and as a result his mother was so traumatized that she was unable to care for him and the other children. He became the man of the house, caring for his little sister and four brothers, the youngest was only 7 months old.

It's been 6 months since he lost the family he once knew, he has had little food and hardly any clothing, their home has caved in and there is an unmarked grave between the banana trees his dad had planted.

Samuel desperately needs a sponsor, someone who will connect with him through letters and emails, letting him know he still matters and there is still hope for him and his family.

We don't have his favorite color or what he likes to eat - we're not sure he even goes to school right now. When we visited his family the need was so desperate that those questions didn't seem important. If you sponsor him those questions would be a great way to break the ice with this wonderful young man.