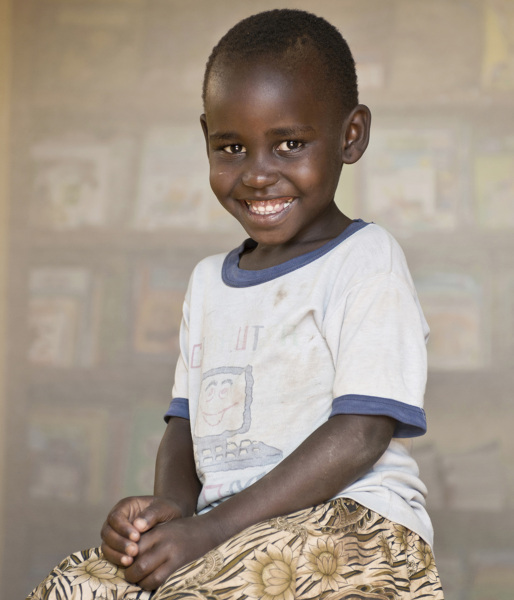 Michelle Atabo is currently sponsored by Carin, A. from Poulsbo, WA. Thank you Carin.

UPDATED STORY:  Michelle is now 10 years old and for the first 4 years at Seed's she did really well. Enjoying school and life with her friends at Seed's. At some point during that fourth year she began to develop a bad attitude and started bullying some of the other children at the orphanage and school. Michelle was given several opportunities to change her ways but ultimately it was decided she needed to be moved out of Seed's Children's home and placed in a different orphanage. The hope was this drastic change would maybe jolt her into a change of heart. Might Acorn and Michelle's original sponsor continued to support her through this last year, hoping for a change. AND - thankfully just as we have moved into 2019, Michelle has come back to our partners and asked for forgiveness and a second chance at Seed's. She went through an interview process and some counseling and the decision has been made to have her come back to Seed's. Everyone deserves a second chance. We are now in need of a new sponsor for Michelle. We are hoping for someone that will send letters and encourage her with words of love and value, adding significance to her life. Would you be the right sponsor for Michelle? Will you come alongside her and become a part of her story!

ORIGINAL STORY: Michelle is the younger sister of Linda and is five years old. When asked what her favorite color is, Michelle pointed to the color chart on the wall at the color red. Michelle is adorable, but hardly speaks at all and lets her older sister Linda do the talking. She and Linda have an impossible home life where basic needs are nearly impossible to be met. Her father has basically given up on
providing for them.