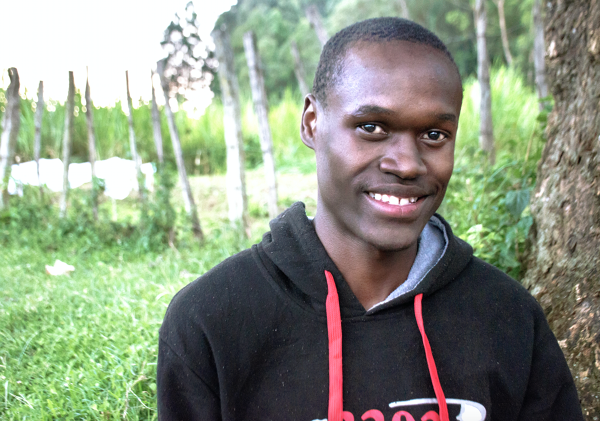 This young AMAZING young man is Laban. He is 17 and in Form 3, which is the same as being a junior in high school here in the states. We have known Laban since he was shorter than most of us - now five years later he towers over us. All of us at MAF LOVE Laban so much. He is on his way to being an amazing leader among his piers and at 6'4" plays a mean game of basketball on the high school team.

When Laban was born his father refused to believe he was his child and left his mother to care for him by herself. She later remarried, but customarily step parents in Kenya often reject children not their own due to the responsibility of another mouth to feed. Laban went to live with his grandmother as a baby but with her being very old and not working, Laban would often go hungry. He started going to Seed’s feeding center, so he was able to be fed at least once a day. His grandma struggled to care for him and when he was five years old Hellen and Richard stepped in a rescued him and moved him into Seed's Children's Home. His current sponsor has recently needed to drop his sponsorship. Mighty Acorn was asked to help find him a new family to help him in his quest to finish school. Laban is such a bright young man with a heart of gold. He is a true friend to so many, putting others before himself. He is our gentle giant and we know that he will go far in life. He is truly one of the most special boys in the world! We love Laban and we know you will too! Would you consider coming alongside this amazing guy - he wants a family that will write him and he can connect with them?