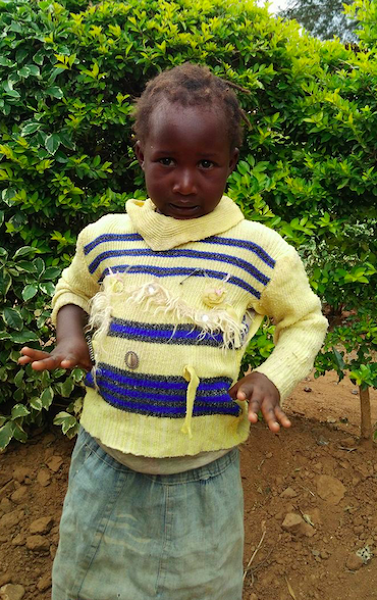 Meet Teresia, she's 3 and has been living in the Kipsongo slum with her mom since birth. Teresia has been very sick and in her short life has been taken to the hospital several times. She is also the younger sister of Willy and Scovia, who have been at the children's home for some time now. Our partners at Seed's Children's Home became concerned about her after hearing she was not well. Willy and Scovia both became very concerned for Teresia's health - Willy even ran off once to go see if he could help her. Just last week our partners brought her to Seed's Academy to visit her siblings, as well as to check her well being. She is suffering from malnutrition and is in need of some medical attention, which her mom can not afford to get her. The decision was made to bring Teresia to the Children's home, even without a sponsor. Her mom has agreed it would be best for her and guardianship has been given to Seed's. So now we need a sponsor for this precious little one. She is already at the children's home - which happens sometimes in emergency situations. Now we need someone willing to sponsor her. Can you help, would you be willing to connect with her, send her a letter now and then... and offer the financial support we need to keep her at Seed's with her siblings? We appreciate your support and are excited to bring Teresia into our Mighty Acorn family!