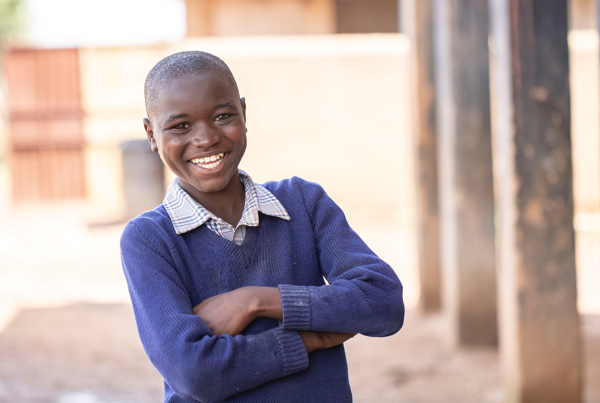 Derrick has a gentle, compassionate soul and is driven by his desire to help others. Which says a lot about his character, especially when you consider his upbringing. His father died when he was very young and his mother fell ill when he was only four years old. For a year he helped to take care of her and watched her grow more and more sickly by the day. When he was five, his mother disappeared, presumably dead, and he went to live with his grandmother. He stayed with his grandmother for two years, helping around the house and to take care of his twelve other siblings and cousins that were also living with her. But it was difficult for her to provide for all of the kids and they often went without basic necessities such as food, water, and clothing. His grandmother began working at Seed's academy doing small tasks such as sorting through beans and, in return for her hard work, her grandchildren were able to attend school for free. Being able to attend Seed's not only gave Derick the chance to get an education, but it also allowed him two free meals per day-something he wasn't used to. On her first trip here, Derick's sponsor met him and knew he had to be part of her family. From there he was able to move into the orphanage, and has been thriving ever since. He now has parents that care about him and pour into him, and to Derick that makes all the difference in the world.